Graffiti on train stations first appeared in the late 1970s, and now this underground practice is making a big comeback thanks to “The World of Banksy – The Immersive Experience” in both literal and conceptual way.

Following the major success of the last show at Milan Central Station, we are delighted to announce our new show at Torino Porta Nuova railway station where “The World of Banksy – The Immersive Experience” is presented in the newly renovated lounge area.

The exhibition highlights influential pieces from Banksy and can be perceived as the framework of his career. Visitors can admire over 100 subversive artworks from 25th February to January 29th 2023 in a new and enticing environment.

Let yourself be absorbed by the masterpieces of one of the most enigmatic artists of our time!

This exhibition is 100% unauthorized by the artist, who has not been involved in any way. 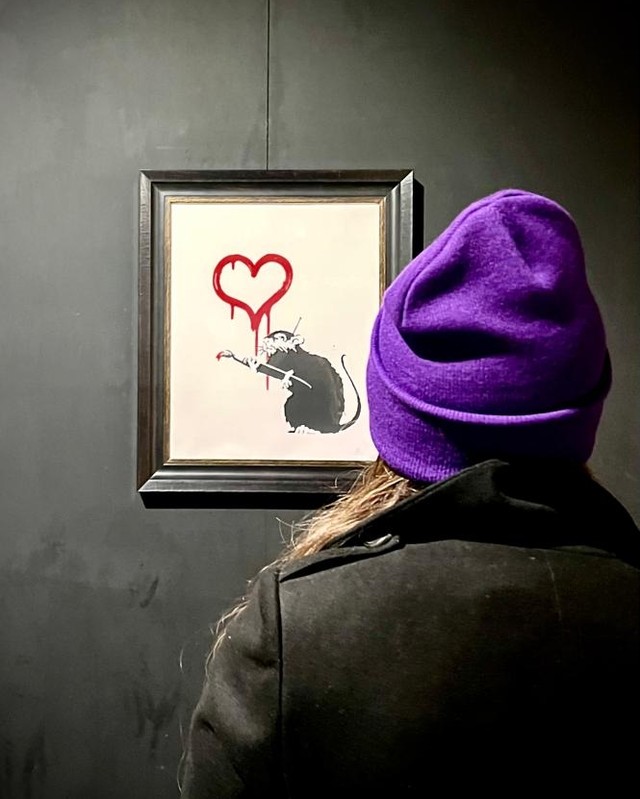 We highly recommend our visitors to book online their tickets in advance in order to enjoy the best visiting experience.

We use cookies on our website to give you the most relevant experience by remembering your preferences and repeat visits. By clicking “Accept All”, you consent to the use of ALL the cookies. However, you may visit "Cookie Settings" to provide a controlled consent.
Cookie SettingsAccept All
Manage consent

This website uses cookies to improve your experience while you navigate through the website. Out of these, the cookies that are categorized as necessary are stored on your browser as they are essential for the working of basic functionalities of the website. We also use third-party cookies that help us analyze and understand how you use this website. These cookies will be stored in your browser only with your consent. You also have the option to opt-out of these cookies. But opting out of some of these cookies may affect your browsing experience.
SAVE & ACCEPT